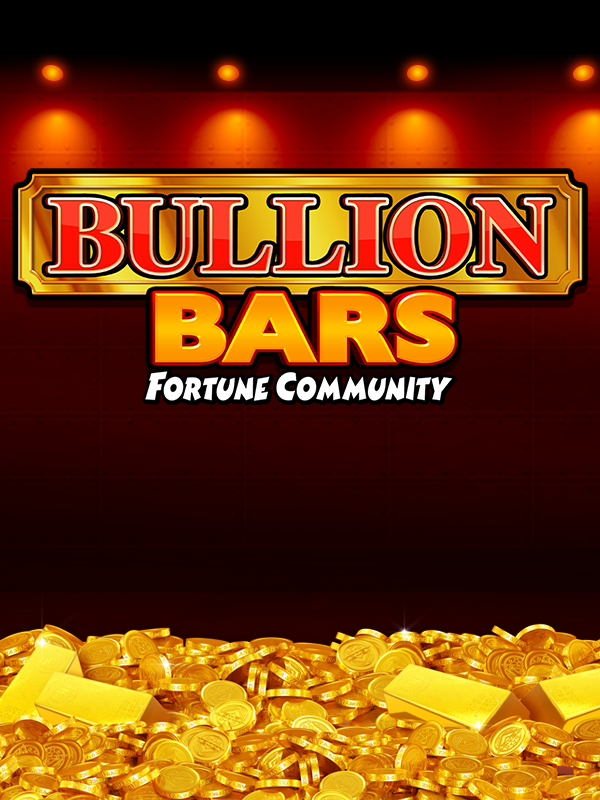 If you’re a fan of classic, retro slots – look no further than Bullion Bars™ . This slot has a 3×3 reel configuration and 5 win-lines. Light all three reels in the base game with dings to trigger one of the Bullion Bars bonus features: Wild Pick bonus where you pick one or two reels to fill entirely with Wilds, Bonus Spin that offers a bonus spin on top of the Wild reels, or the Fortune Community bonus that is played on three large reels and has 6 prizes up for grabs. And that’s not all, if £100 is won on a £1 or 50P stake, the Repeat Chance feature is awarded for a chance at another £100!

Wondering what symbols feature in this cool game?

Dings are your ally! You’ll need to light all three reels in the base game to trigger one of the following features:

If you’re lucky enough to trigger the Wild Picks feature, there’s also a chance a bonus spin will be awarded! The Wild reels will hold in place and the remaining reels will spin again for a chance to create wins!

The Fortune Community bonus is played on three large reels on which 6 prizes are up for grabs. The reels will continue to spin until a losing combination lands or £100 is awarded. If the Bar Streak win comes in, the player is awarded a number of spins with the outside reels locked on bar symbols.