Five Reel, Twenty Winline game
Wins awarded for achieving 3 or more same Symbols from left to right on a win line.
Sticky Wilds/Reels
Wild Symbols appearing on the reels can hold over on a 50/50 chance until a win is achieved. The highlighted reels from the audible feature trail will also hold over on the same 50/50 basis; increasing your win and chance to get into the Sticky Reel King feature or Pots!
Sticky Reel King Feature
If the player completes the audible feature trail; also shown via the purple reels; they will enter the “Sticky Reel King” feature. A number of scrolls will appear on the screen unveiling a Reel King. The Reel King will spin in different combinations of “7’s” wins. The wins will mount up until a losing combination appears. There can be between 1-5 Reel Kings active per feature.
Sticky Reel King Pots
A giant King will appear on the screen spinning reels of Gold, Silver and bronze letters spelling “P””O””T”. Whichever color letters spell out the word “POT” the corresponding pot is awarded! You can enter the Reel King Pot feature by completing the audible feature trail. 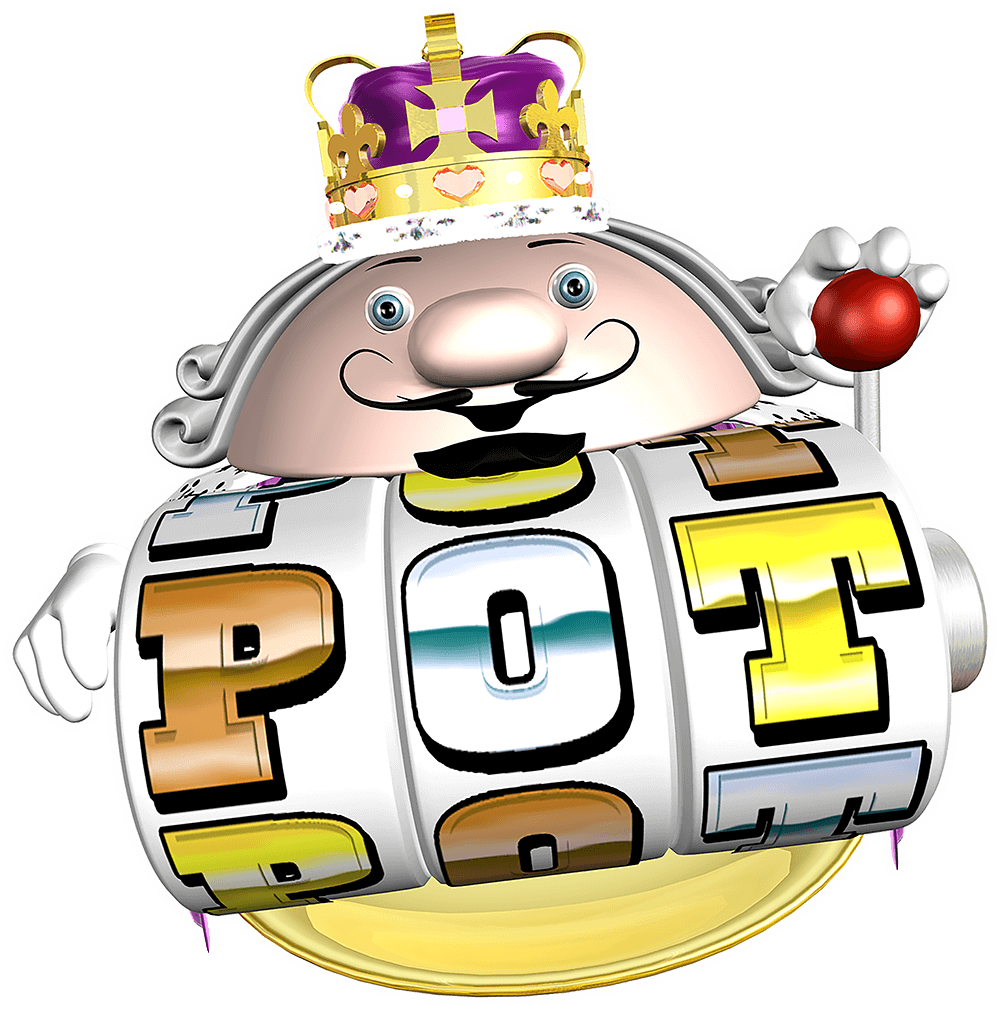